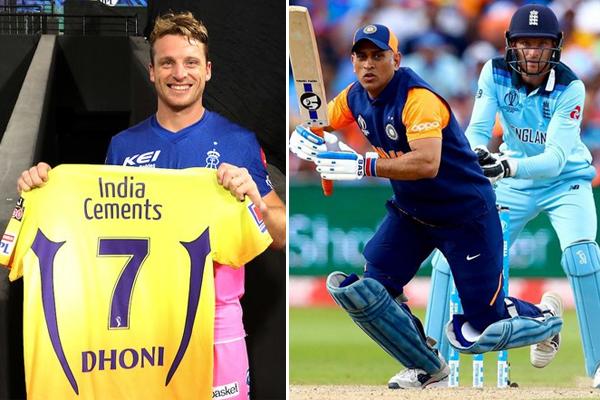 Jos Buttler, who made his international debut in August 2011, has long been a fan of India’s World Cup-winning captain MS Dhoni. In fact, Buttler made his England debut in the same year as the legendary Dhoni had won the World Cup for India. For people who don’t know, England’s World Cup-winning cricketer Jos Buttler is a huge MS Dhoni fan. It was a two-fold celebration night for the star wicketkeeper-batsman as he not only aided Rajasthan Royals, with a fine 48-ball 70, to an easy win against Chennai Super Kings but also received a heartwarming gift from one of his cricketing heroes.

CSK lost the game by 7 wickets (and 15 balls remaining) in their captain MS Dhoni’s 200th IPL game, who became the first to do so on Monday as he walked in for the toss. Dhoni, in a heartwarming gesture towards one of his biggest fans, Jos Buttler, gifted his special CSK jersey that he wore to his 200th IPL game, on October 19, and left Jos Buttler in a delightful smile.