P2P Lending Startup Markets Around the World- An Overview 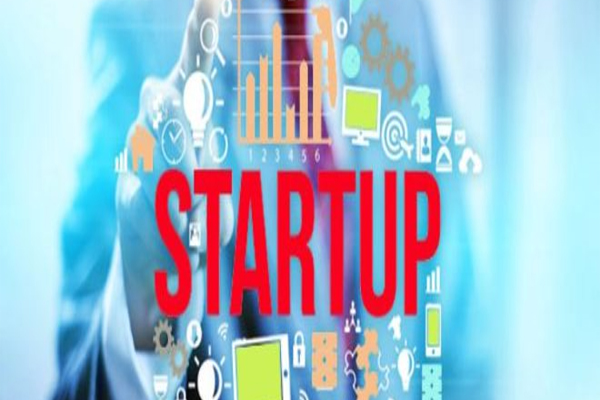 The constant market fluctuations and frequent changes in the interest rates of popular financial instruments have instigated people to look for alternative options, which promises stability and higher returns. Every year, there is a minimum of 10% inflation, but the bank’s saving instruments such as FDs, RDs, and saving deposits whose returns are lower than the prevailing inflation rate. But, P2P platforms works on a different business model; they can provide higher returns (3% to 40%), even in the face of inflation.

Chit funds (also known as chit, chitty or kuree), an old Indian banking system known by various names across the world, is actually a P2P lending platform. In this business model, a borrower meets a lender on the platform to meet their financial requirements.

Characteristics of the P2P Platform

Peer-to-peer lending does not fit into any kind of traditional types of lending, investing or borrowing. That’s why it’s categorized as an alternative financial service.

Typical characteristics of peer-to-peer lending are:

• No prior relationship between lenders and borrowers is required

• The peer-to-peer lending company does the intermediation

• The loans can be unsecured or secured

Social lending between friends and families has been around for centuries. But, P2P lending originated
globally during the financial crisis of the early 2000s. During this period, banks were the primary money lending entity for people and businesses. They demanded high interest rates on borrowing and were notorious for rejecting loan requests if the small businesses were asset-light and if the people had bad credit scores.

The economic disaster of 2007-08 disrupted this monopoly of banks. The increased access to the Internet and the growing popularity of social media allowed people to interact and share files virtually. In 2005, Zopa, one of the world’s first P2P lending platform, was established. And that was the defining moment in the history of P2P lending.

After the infamous bankruptcy declaration of Lehman Brothers in 2008, the popularity of social lending practices like P2P lending increased, and they emerged as viable alternatives to traditional financial institutions.


Several lending platforms, including Lending Club (US), Prosper (US),and Funding Circle (UK) emerged. According to data released by Peer-to-Peer Finance Association (P2PFA), the total global lending through P2P platforms reached $5.68 Bn from a measly $2.84 Mn in 2012.
As per reports by CrowdExpert, peer-to-peer lending forms more than 70% of all crowdfunding activities globally.


According to a study by accountancy firm KPMG in collaboration with the Cambridge Centre for Alternative Finance, the world’s P2P lending market is worth $130 Bn (as of October 2016).
ROSCA (Rotating saving and credit association)

P2P lending is based on a business model called the ROSCA (Rotating Credit and Saving Associations).

ROSCA is a group of individuals who get together to save and borrow for a defined period.

ROSCAs are informal microfinance groups that have been documented around the developing world as follows:

• Susus (Southern Africa and the Caribbean)

• Likelembas (the Democratic Republic of the Congo)

ROSCAs are competitive alternative financial products and they compensate when these two key conditions exist:

1. The decline of buying power of savings accumulated over long time horizons because of inflation.

2. The failure of traditional lending markets to provide credit to creditworthy borrowers. This could be due to regulations, opportunity cost, or operational expense.

Why Are P2P Lending Platforms Becoming Popular in India?

In the last decade, innovations in technology have helped alternative fintech models to evolve. Growing saving culture and increasing number of investment avenues has led to bridging the widening gap between traditional banking institutions and credit seekers. Some of the advantages of P2P lending model which led to rise of Peer-To-Peer lending platforms in India are :

• Traditional banks usually tend to reject loans for SMEs and MSMEs due to lack of heavy asset strength. P2P lending makes it easier for them to get access to funds when they need them.

In many countries, it is illegal to solicit investments from the general public. In crowdsourcing arrangements, people are asked to contribute money in exchange for potential returns and these are considered to be securities.

A peer-to-peer lending company connects the lenders to borrowers and also allows individuals to borrow money from users and then lends it out again. This activity is called a sale of securities. This means for the transactions to be legal, there has to be a broker-dealer license and the registration of the person-to-person investment contract.

The license and registration can be obtained at a securities regulatory agency across the world as follows:

• U.S. Securities and Exchange Commission (the US)

• Québec, Canada, or the Financial Services Authority (the UK)

• State government Registrar of Firms Societies and Chits under the Chit Funds Act,1982 (India)
Peer-to-Peer Lending Platforms From Around the world


1. Large segment of the unbanked and underbanked population
Fintechs growth has been staggered because of low internet penetration and literacy levels in India. A large segment of the Indian population are unbanked and prefer dealing in cash rather than online transactions. That said, the Indian government is making changes in its policies to tackle these issues, but the results of it will only be visible in the long run.


2. Rigid regulatory and compliance laws
Some of the regulations are so rigid that it is difficult for fintech players to enter the market. The laws are put in place to prevent fraud. For a fintech company to start operations, it has to go through a massive list of formalities.


3. People’s preference in cash dealings
As mentioned earlier, most Indians prefer dealing with cash because they trust money to be a medium of sales for ages. And this habit is difficult to change. Because of financial illiteracy, most Indians fail to see the benefits that fintechs offer.


4. Vulnerability to cyberthreats
Fintechs offers convenience, but they also open up people’s sensitive information to fraudsters. If there is no robust security in place, this increases the risks of cybersecurity breaches.


5. Lack of support from the government
Fintechs play a crucial role in driving economic growth, but they do not get governmental support and incentives as they should.


6. Complex relationships with conventional banks
Fintechs work on a sophisticated working model, which makes it difficult for them to maintain a smooth relationship with banks and other financial institutions.


Financial inclusion remains a challenge as a large segment of people across the world is unbanked and underserved. P2P platforms have emerged to address this issue of accessibility, and through innovative business models, it has the potential to reinvent the entire funding sphere.

Aatish Khanna works with the Content Marketing team at Money Club,a digital chit fund platform that makes saving, borrowing, and investing your money more efficient. He writes on topics to help his readers understand processes so they can make better financial decisions. He’s the go-to person that his family, friends, and colleagues turn to for all their money matters. He loves to play board games and aspires to one day build his one finance-related board game and app.