How Traditional Card Games are Moving into the Online World 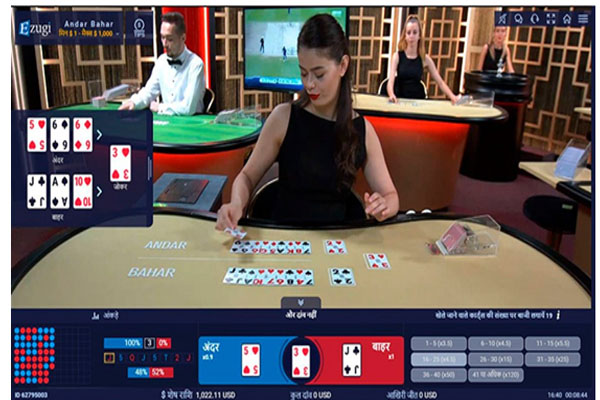 Traditional card games have been keeping people entertained across the world for hundreds of years. They give families and friends an opportunity to come together for a fun social occasion. Given the popularity of the variations of these games, it’s not surprising that they have now entered the online world.

This has helped people to keep socially connected this year when face to face contact has been limited. They have still been able to play games with others. Many sites also provide chat facilities for certain games which enhance the social aspect of playing. Given the ever-increasing popularity of playing games online, it seems likely that technology will continue to bring card games into people’s homes. With this in mind, let’s look at these games in more detail.

Why online card games are so popular
We have already mentioned the social benefits of playing card games in the digital world. However, there is another important reason why playing these games online is so popular in India. It gives people the opportunity to play traditional card games like Andar Bahar for money if they choose to do so. This is not as easy to do offline, thanks to the Public Gambling Act of 1867. The act prohibits gambling throughout most of India with the exception of Goa, Daman, and Sikkim.

In reality, the law most often seriously punishes people who set up actual gambling houses, so, technically, people are still free to enjoy betting small amounts of money on hands of cards played in private venues, at home or with friends. Then, there is also the internet, where you can avoid any risk and still make real cash bets on Andar Bahar using offshore websites. These online casino facilities did not exist when the Gambling Act was made law, so they are not specifically covered by it, making it a grey area in the law. This year, several states have introduced state bans on online gambling with the latest just this past week, Tami Nadu (Andhra Pradesh, Telangana, Tamil Nadu) who introduced an active ban against online gambling.

You only need to look at the figures to see how great the passion for gambling is in India. A 2019 study that mostly took place in Goa, showed that 8% of adults gamble on card games on a regular basis. Further to this, a study conducted by the International Centre for Sports Security showed that 80% of Indians have gambled on various online activities including card games like Andar Bahar and Teen Patti. Overall, the online gaming market (including both online gambling ,as well as the video game industry) in the country is predicted to be worth around 250 billion rupees by 2024.


Different online card games that are popular in India


The recent technological progress gave Indian players the opportunity to play traditional games online, and in a country with strong and old traditions like India, this is no small change. In Indian culture, there are many games aside from Andar Bahar, which play a big role and are a very common form of entertainment. Today, a great number of online casinos have added those games to their offering. ● Poker, which is arguably the card game that involves the most skill. Many sites give players the opportunity to compete against each other when playing this game.
● Teen Patti, an all-time favourite game which reminds of poker, just simplified.
● Satte Pe Satta, a game where an unlimited number of players can take part, and the goal is to get rid of all your cards.
● Teen Do Paanch, a game similar to Bridge, except that three players take part in it, instead of four.
There is no doubt that people are still fond of traditional card games today just as they were in the past. The good news is that they now have the opportunity to enjoy these games online as well. However, considering the latest government decisions attempting to restrict online gambling legally, it is important to know which states allow gambling online in order to avoid any legal issues.