Forensic review and where to watch 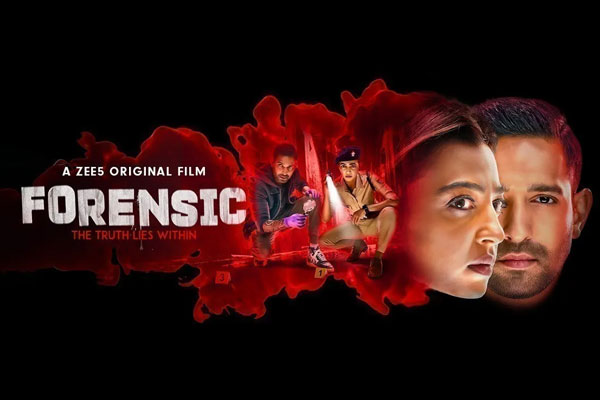 Forensic, a 2022 movie starring Radhika Apte and Vikrant Massey, is set in the modern
world of law enforcement and forensic investigation. The movie primarily follows two main characters: a sub-inspector named Megha Sharma (Apte) who is tasked with solving the case of multiple murders committed by a killer who appears to be a dwarf or a young child. It was released on Zee5 and you can watch the movie here.

Dr. Johnny Khanna (Massey) is unlike most forensics investigators on TV. While brilliant at his job, he isn't necessarily good at interacting with people, including women, but especially women (especially when they're pretty). That's okay because he has other talents like being able to do a solitary handstand for 20 minutes straight (like nobody's watching, cause nobody else is there).

The big reveal at the end of this movie is a bit predictable and some may find it problematic. Yes, most people watching are looking for something to pass their time but they also expect intrigue mixed with thrills. This show has a few pretty unbelievable instances in the amount of twists it encases in less than two hours.

If you’re looking for that sort of thing, then “Forensic” is a good one to watch – albeit with some drama and ridiculousness going on all around. Megha and John partner up reluctantly, coming from broken relationships both personally and professionally - each carrying their baggage to the hunt for who killed Rana Khan.

One of the things about Forensic that makes it better than Vikrant-Radhika’s chemistry when they’re in a relationship is the fact that she doesn’t fall for him until after becoming his accomplice, giving the film something to comment on here. Another thing was Rohit Roy could probably have been utilized more effectively.

It would have been nice to genuinely see her try and seduce him and not just talk about how she would do it. One major flaw with Forensic is how abrupt it then becomes as soon as wediscover what they were planning, going against its slow burn start, that all comes crashingdown rather badly!

The end is a big reveal which can be far-fetched. Some may have issues with the content. If you’re looking for something not great, but something to pass the time and are bothered by inconsistencies, then ‘Forensic’ isn’t a bad movie.