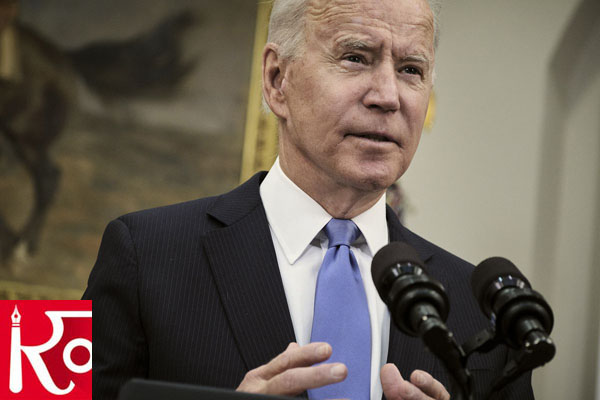 The United States will share 20 million more COVID-19 vaccine doses with other countries, taking the total number of such shots to 80 million, President Joe Biden said on Monday.
"Over the next six weeks, the United States of America will send 80 million doses overseas. That represents 13 percent of the vaccines produced by the US by the end of June. This will be more vaccine doses than any country has shared to date, five times more than any other country. More than Russia and China, which have donated 15 million doses," Biden told reporters at a news conference here.

"There's a lot of talk about Russia and China influencing the world with vaccines. We want to lead the world with this demonstration of our innovation, ingenuity, and the fundamental decency of the American people. Just as in World War II, America was the arsenal of democracy, in the battle against the COVID-19 pandemic, our nation is going to be the arsenal of vaccines for the rest of the world. We'll share these vaccines in the service of ending the pandemic everywhere," he said.

AstraZeneca vaccine has not been authorized for use in the US yet, and it is awaiting safe clearance by the US Food and Drug Administration. "And today, I'm announcing that we'll also share US-authorized vaccine doses of Pfizer and Moderna and Johnson & Johnson, as they become available, with the rest of the world as well. These are vaccines that are authorized to be put in the arms of Americans," he said.

"And by the end of June, when we'll have taken delivery of enough of such vaccines to protect everyone in the United States. The US will share at least 20 million doses of those doses -- that extra supply -- with other countries," Biden said.
Biden's announcement was welcomed by US lawmakers and Indian-American community leaders.

"While I'm glad to see the White House committing to sharing an additional 20 million COVID-19 vaccine doses with the world by the end of next month, this is only one step of the many more we need to take to reduce the threat of new mutant strains emerging from outbreaks abroad and causing another deadly surge here at home," said Indian-American Congressman Raja Krishnamoorthi.

"The outbreaks we're seeing in India and many other nations are a tragedy for all those facing them, and they're a threat to those in other countries who've already been vaccinated because of the risk they pose of producing vaccine-resistant mutations," he said.
"We need to further expand our support to the nations battling these outbreaks to save the millions of lives in danger today, and the millions more across the world, and in the United States, who could be endangered by new forms of the virus if these surges are allowed to fester," Krishnamoorthi said.

White House Press Secretary Jen Psaki told reporters that a decision on which countries would receive these vaccine doses would be taken in due course.
Indian-American community leader Ajay Bhutoria also welcomed Biden's announcement.
"The President is restoring America's leadership in the world by stepping by being a leader in the fight against COVID-19 and sharing vaccine doses with people around the world," he said. In a statement, he urged the President that the vaccines be sent to India, Nepal, Bangladesh, Brazil, and other countries heavily impacted by the pandemic.