The 129-Foot Commercial Ship Capsized Off The Louisiana Coast, Six People Were Rescued 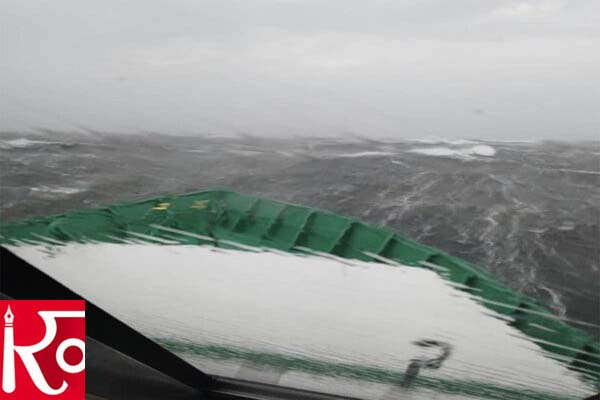 Six people were rescued and searchers were looking for 13 others after a 129-foot commercial ship capsized off the Louisiana coast, officials said early Wednesday.
There were 19 people on board the ship when it left from Port Fourchon on Tuesday, according to a manifest, Lafourche Parish President Archie Chaisson III told to the reporters. Previously, local officials said 18 and later revised the number.
Chaisson said rescuers were searching for 13 others early Wednesday. He did not know where the ship was headed when it ran into trouble.

The U.S. Coast Guard said six people were rescued after it got an emergency beacon notification around 4:30 p.m. and responded with other boats to the area 8 miles south of Port Fourchon, which is south of New Orleans, it said in a statement. The commercial ship was described as a lifting vessel.

The area experienced a weather phenomenon, a "wake low," Tuesday afternoon, which resulted in winds of 70 to 80 mph that would have made seas very rough, said Benjamin Schott, meteorologist in charge of the National Weather Service's New Orleans area office.
The search effort included an HC-144 Ocean Sentry plane from Corpus Christi, Texas, and four private vessels, in addition to several Coast Guard ships, boats, and a helicopter.
Four people were rescued from the water by private vessels, the Coast Guard said.

The wake low was spun off from a complex of thunderstorms that moved through southeastern Louisiana, Schott said.

A wake low creates a small but deep area of low pressure, with the effect of increased winds even outside a thunderstorm, he said. They are unusual but can happen anywhere, and Schott described Tuesdays as "a really powerful one."
The weather service had issued a special marine warning due to high winds.
The Coast Guard's statement on the incident and rescue effort did not list a cause of the capsizing.