Supreme Court Speaks In Favor Of Media And High Court, Asks Center To Prepare Stocks Of Oxygen For Emergency 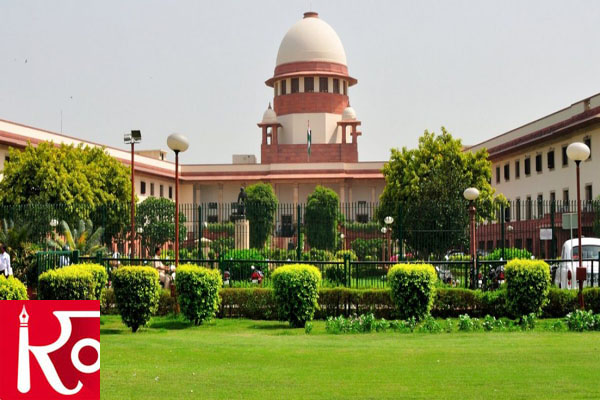 On Monday the Supreme Court said The media cannot be stopped from reporting any court hearing, as the Election Commission complained about being "castigated without any evidence" on political rallies during the campaign for state elections. The media "must report fully" what happens in court, said the judges.

"The media is powerful and communicating what happens in court. Not only our judgments, but the raising of questions, answers, and dialogues is a concern for citizens. Media not reporting observations is far-fetched," the Supreme Court told the Election Commission.

The Election Commission last week approached the Supreme Court against what it called "blatantly disparaging remarks" by the Madras High Court over holding polls amid the deadly second wave of the COVID-19 pandemic.

The Madras High Court on April 26 said the Election Commission "should probably be booked for murder" for not stopping political rallies for elections held in Tamil Nadu and other states amid a Covid spike. But these observations did not make it to the final order, which said "at no cost can counting become a catalyst for a further surge".

The Election Commission's petition before the Supreme Court says the remarks "dented the institution" and asks that the media be stopped from reporting observations.

"Without any opportunity (given) to the Election Commission or any reply being sought from officers responsible under the Disaster Management Act, we have been castigated," the election body argued today.

The Supreme Court replied that the Election Commission is the constitutional authority to conduct elections. "We cannot in today's time say that media will not report the contents of the court hearing. Discussions taking place in the High Court have equal public interest as the final order of the court," it said.

"Something is observed in the larger public interest. The Election Commission should treat it as a bitter pill in the right way," said Justice MR Shah.
Justice DY Chandrachud added: "We don't want to demoralize our High Courts. They are vital pillars of the judiciary. Sometimes a free-flowing dialogue takes place in the court and judges make observations... You cannot control how judges will conduct proceedings."

The Election Commission countered that it was "a conclusion not a dialogue" and the observations were not in the final order.
"Everything cannot be put in the order? It is a human process," responded Justice Shah.

The Supreme Court has directed the Centre to prepare a buffer stock of oxygen for emergency purposes in collaboration with states and decentralize the location of the stocks so that it is immediately available if the normal supply chain is disrupted. A three-judge bench headed by Justice DY Chandrachud said the emergency stocks shall be created within the next four days and replenished on a day-to-day basis, in addition to the existing allocation of medical oxygen supply to the states.

"We direct the central government in collaboration with the states to prepare a buffer stock of oxygen to be used for emergency purposes to ensure supply lines continue to function even in unforeseen circumstances. The location of the emergency stocks shall be decentralized to be immediately available if the normal supply chain is disrupted to any hospital for any reason," the bench said.

"The emergency stocks shall be created within the next four days. The replenishment of the emergency stocks will also be monitored on a real-time basis through the virtual control room in active consultation with each state/UT. This is in addition to the day-to-day allocations," it added.

Noting that the situation on the ground in Delhi is heart-rending, the top court also directed the Centre to ensure that the deficit in the supply of oxygen to the national capital is rectified before May 3 midnight.

It said the lives of citizens cannot be put in jeopardy in the battle of shifting the responsibility of the supply of oxygen.
"The protection of the lives of citizens is paramount in times of a national crisis and the responsibility falls on both the central government and the GNCTD to cooperate to ensure that all possible measures are taken to resolve the situation," the bench also comprising justices L Nageswara Rao and Ravindra Bhat said.

On the issue of treatment in hospitals, the top court directed the Centre to formulate within two weeks a national policy on admissions to hospitals in the wake of the second wave of COVID-19."Till the formulation of such a policy by the central government, no patient shall be denied hospitalization or essential drugs in any state/UT for lack of local residential proof of that state/UT or even in the absence of identity proof," the bench said.

It also directed the Centre and the state governments to notify that any clampdown on information on social media or harassment caused to individuals seeking help on any platform will attract coercive action.

"The central government and state governments shall notify all chief secretaries, director-general of police, commissioners of police that any clampdown on information on social media or harassment caused to individuals seeking/delivering help on any platform will attract a coercive exercise of jurisdiction by this court."

"The registrar (judicial) is also directed to place a copy of this order before all district magistrates in the country," it said in an order uploaded on the SC website late on Sunday night.The top court also directed the Centre to revisit its initiatives and protocols, including the availability of oxygen, availability, and pricing of vaccines, and availability of essential drugs at affordable prices.

It asked senior advocates Jaideep Gupta and Meenakshi Arora, appointed as amicus curiae, to collate and compile these suggestions submitted by various parties.
The matter is listed for the next hearing on May 10.
The directions were passed in a suo motu case for ensuring essential supplies and services during the COVID-19 pandemic.

The bench has taken up issues such as the projected demand for oxygen in the country at present and shortly, how the government intends to allocate it to "critically affected" states, and it's monitoring mechanism to ensure supply.

The Supreme Court had earlier made clear that any attempt to clamp down on the free flow of information on social media, including a call for help from people, would be treated as contempt of the court.

"There should be free flow of information; we should hear voices of citizens. This is a national crisis. There should not be any presumption that the grievances raised on the Internet are always false. Let a strong message be sent to all the DGPs that there should not be any kind of clampdown," the bench had said while reserving its order on April 30.