Supreme Court Orders :No Clampdown Of Information On Social Media 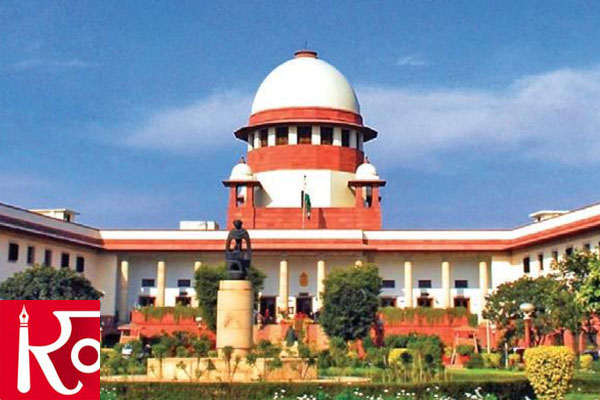 The Supreme Court has ordered no clampdown on information if citizens communicate their grievances about Covid-19 treatment on social media.

"We want to make it very clear that if citizens communicate their grievance on social media, then it cannot be said it's wrong information. We don't want any clampdown of information. We will treat it as a contempt of court if such grievances are considered for action," the top court said. The court said that the Centre should show investment by it to ramp up the manufacture of vaccines. "This will be the most important intervention by the government when private manufacturers have been funded to produce vaccines," the apex court said.

"Why should there be two prices for the center and the states... what is the rationale," it asked.The Centre has said that while it will procure 50 percent of doses, the states will be allowed to procure the remaining 50 percent. Several states have asked for rationalization in the pricing

A frightening spike in Covid cases in India - hit by a deadly second Covid wave - has led to a deluge of SOS messages on social media as hospitals scramble for resources. "There should not be any presumption that (the) grievances raised on the internet by citizens are false," the top court insisted today. Over 3 lakh cases are being recorded every day for over a week.

"It is of grave concern to me as a citizen or (a) judge. If citizens communicate their grievances on social media, we do not want a clampdown on the information. Let us hear their voices. We will treat this as contempt if any citizen is harassed if they want a bed or oxygen. We are inhuman crisis," Justice DY Chandrachud said during a hearing. Even doctors and healthcare workers are not getting beds, he added, calling the situation "grim".

As the government hopes to break the chain of transmission with a new phase of vaccination, which will widen the coverage to all those who are 18 and above, the top court yet again questioned the center over the pricing of vaccines.

The Centre has tweaked its policy to allow states and private entities to buy doses directly from vaccine-makers. Manufacturers are free to supply 50 percent of the doses to states and in the open market. The policy change, however, has brought the government under criticism.

Last week, the Health Ministry clarified the government's procurement price for both COVID-19 vaccines - Bharat Biotech's Covaxin and the Serum Institute's Covishield - remains ₹ 150 per dose and the "government procured doses will continue to be provided free to states". Both SII and Bharat Biotech have also reduced prices for the states amid objections.

The central government has "special responsibility for Delhi," the Supreme Court said today, stressing that the national capital "represents micro-problems of the court". "Centre has a proactive role in procuring tankers should be important," the top court said while referring to the shortage of medical oxygen. "As a national authority towards the capital, this is a commitment you owe to citizens in Delhi," it added.

The ground situation in Delhi is oxygen is not available. "Not only in Delhi, but also Gujarat, Maharashtra, and Karnataka. What are the effect we are going to see today and the next hearing? How much oxygen you are going to provide to these critical states?" Justice Chandachud asked.

The central government told the court that transportation is a huge logistic problem and it would be eased out soon in supplying oxygen to the national capital. "Delhi's problem would be acute because it is a non-industrial state. By and large, we have been supplying oxygen to all states," the government said. Virtual control rooms are operating 24x7 for the supply of oxygen, it said.Hostels, temples, mosques, and religious places of worship should be opened to tackle the Covid spike, the top court suggested.