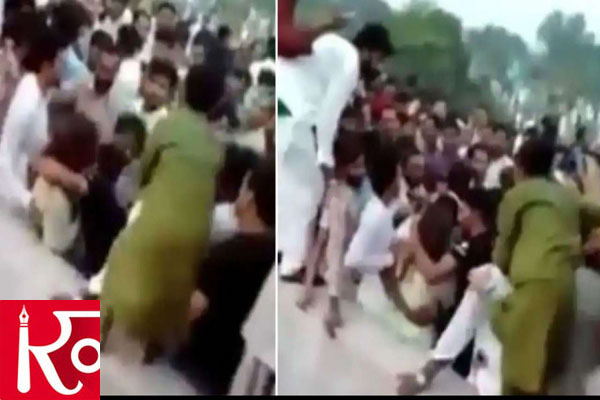 A woman TikToker in Pakistan was assaulted by a mob on the occasion of the country's Independence Day on August 14. According to reports, the lady said that her clothes were torn and she was thrown into the air by the mob.

The lady in her FIR lodged at the Lorry Adda police station said that she along with her six companions were filming a video near Minar-e-Pakistan on August 14 when 400 people attacked them. She and her companions made a lot of effort to escape from the mob but to no avail.

"The crowd was huge and people were scaling the enclosure and coming towards us. People were pushing and pulling me to the extent that they tore my clothes. Several people tried to help me but the crowd was too huge and they kept throwing me in the air," she said. The lady added that her companions were also assaulted by them.

"The unidentified persons assaulted us violently," the lady said.

Reports said that her ring and earrings were snatched. Besides, the mob snatched a mobile phone, identity card, and 15,000 cash from one of her companions.

According to the Lahore police, a case has been registered against hundreds of unidentified persons.

A video of the incident has gone viral on social media. TikTok, a popular Chinese short video app, has been banned several times in Pakistan.