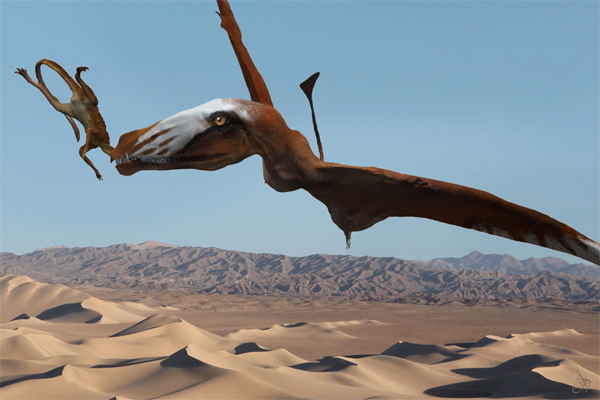 Scientists have discovered three new species of flying reptiles that lived in the Moroccan Sahara 100 million years ago, reported. A paleontologist at the University of Portsmouth, David Martill, along with a team of researchers from Morocco and the US discovered the new species, confirming the existence of a community of pterosaurs in modern-day Morocco during the Cretaceous period.

The Cretaceous period falls between 145.5 and 65.5 million years ago, during the end of the Mesozoic Era and following the Jurassic period, which ended with the extinction of the dinosaurs, except for birds. “The new finds show that African pterosaurs were quite similar to those found on other continents,” said a spokesperson from Portsmouth University, quoted by the Guardian. “Large pterosaurs such as these would have been able to forage over vast distances, similar to present-day birds such as condors and albatrosses.”