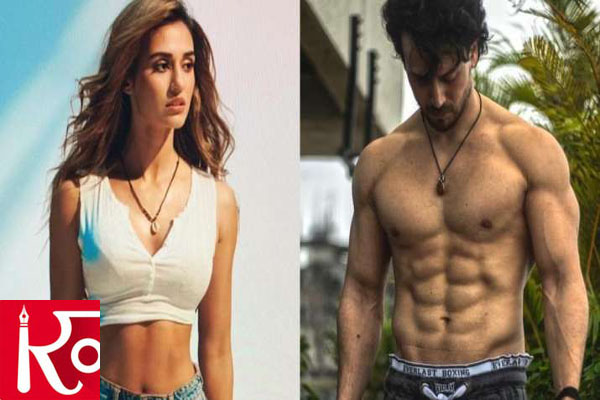 On Wednesday, a case was registered against Tiger and Disha for allegedly roaming at Bandstand Promenade after the 2 pm deadline for restrictions on the movement of people outside their houses. According to the police, the actors could not give a valid reason for being outdoors past the curfew time. Maharashtra is under lockdown until June 15.“The case was registered under section 188 (Disobeying the order of public servant) of the Indian Penal Code (IPC). No arrest was made because it is a bailable section,” the police told ANI.

The Mumbai Police used the example of Tiger Shroff and Disha Patani to urge citizens to stay home amid the Covid-19 pandemic. On Wednesday, the actors were booked for allegedly violating Covid-19 restrictions.

After Tiger Shroff and Disha Patani were booked for allegedly violating Covid-19 restrictions, the Mumbai Police took a dig at them in a new tweet. The Mumbai Police, known for using pop culture references to create awareness, urged citizens to remain indoors and ‘avoid unnecessary Heropanti’.

“In the ongoing ‘War’ against the virus, going ‘Malang’ on the streets of Bandra cost dearly to two actors who have been booked under sections 188, 34 IPC by Bandra PSTN. We request all Mumbaikars to avoid unnecessary ‘Heropanti’ which can compromise on safety against #COVID19,” the post read, making references to Tiger’s films War and Heropanti, and Disha’s film Malang. The actors, however, were not directly named.

Earlier, on Tuesday, Tiger and Disha were stopped by the police while they were reportedly driving back home from the gym. Bandra police officials said that their car entered a road that was closed due to some work. After verifying their documents, the police asked them to take a longer route to reach their building.

Tiger and Disha have been rumored to be in a relationship since 2016, although they maintain that they are just good friends. They starred together in the 2018 film Baaghi 2. She also featured in a special song, Do You Love Me, in his last release, Baaghi 3.