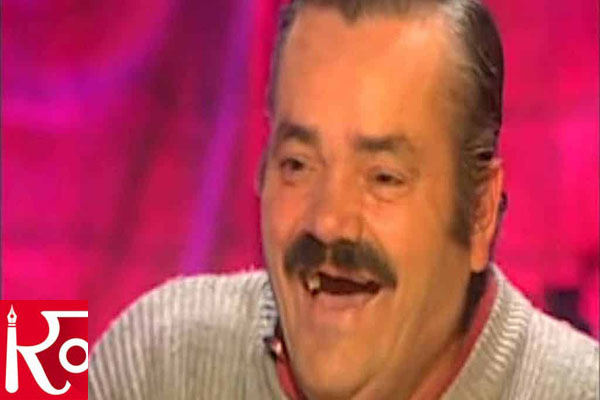 Following appearances on national television, Borja went viral in 2014 when people started dubbing subtitles over him laughing recounting a story.
He died on Wednesday in hospital, according to local media.
Borja was admitted for health issues last year. In March he thanked fans for organizing a fundraising campaign to buy him an electric mobility scooter after one of his legs was amputated.

The comedian first found fame about 20 years ago after appearing on television shows presented by Jesús Quintero.

The famous clip of him came from the Spanish late-night show Ratones Colorados, where he was interviewed by the host about his ill-fated experience working as a kitchen helper.

In the clip, uploaded on the show's YouTube in 2007, Borja told Quintero how he once left 20 paella dishes in the sea overnight to clean them, only to return the next morning to find the tide had swept all but one away.

The story left him and the host slapping the desk in fits of uncontrollable laughter - with Borja's signature wheezing and almost-toothless smile stealing the show.Years later, from about 2014, internet users began re-posting the clip with unrelated subtitles - just like the parodies of a scene from the film Downfall, depicting Adolf Hitler's last days.

Borja was dubbed hysterically laughing in several languages at everything from Egyptian politics to the latest Apple product release.
These versions of the videos, as well as the original, have since massed millions of views - cementing Borja's internet known.
His laughing face remains popular online today, including being used as an emoticon on gaming streaming platform Twitch.

Spanish media personalities and social media users have been paying tribute.According to ABC Seville, Borja died on Wednesday afternoon at the Virgen del Rocío University Hospital following a "sudden relapse" in his health.