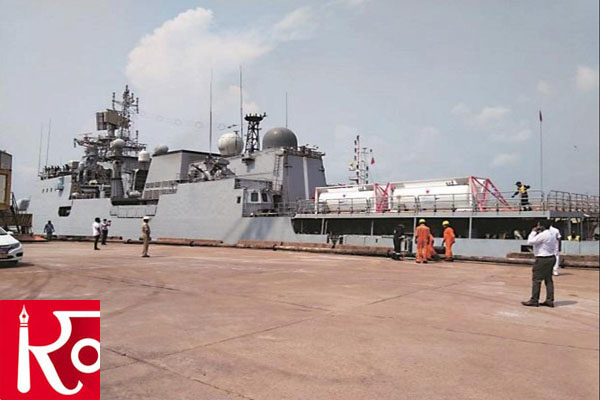 The Indian Navy relief teams deployed at Odisha's Balasore scaled up their efforts on Friday in coordination with the state authorities to provide assistance and render help to the affected population in the interior and adjacent fishing villages of the district.

Packed meals were distributed with the help of the local Sarpanch on two-wheelers in absence of proper access roads. Nearly 400 packets of food provision and 300 clothing packets were also distributed at Kassafal gram panchayat and Talasari village with assistance from local ex-servicemen.

Yesterday Prime Minister Narendra Modi announced financial assistance of Rs 1000 crore for Odisha, West Bengal, and Jharkhand which were battered by Cyclone Yaas, and said that a team of Union ministries will visit the three affected states to assess the damage. The announcement was made after Modi undertook an aerial survey of Odisha’s Bhadrak and Balasore districts which bore the brunt of the cyclone, and Purba Medinipur district in West Bengal on the east coast.

While worst-affected Odisha would get Rs 500 crore immediately, another Rs 500 crore would be given to West Bengal and Jharkhand, which would be released based on the damage. PM Modi also announced ex-gratia of Rs 2 lakh to the next of kin of each deceased and Rs 50,000 to each of the seriously injured in the cyclone.

A total of seven persons were killed due to cyclone Yaas in Bihar, even as moderate to heavy rainfall was received in most parts of the state on Friday because of a low-pressure area that has been formed across the state in the wake of the cyclonic storm. One person each died in the cyclone in Patna, Darbhanga, Banka, Munger, Begusarai, Gaya, and Bhojpur. Chief Minister Nitish Kumar expressed grief over the deaths and ordered immediate payment of Rs 4 lakh ex-gratia each to the families of those who died.