India Records Over 3,523 Deaths And 4L New COVID Cases In Last 24 Hours; The Biggest Spike Yet 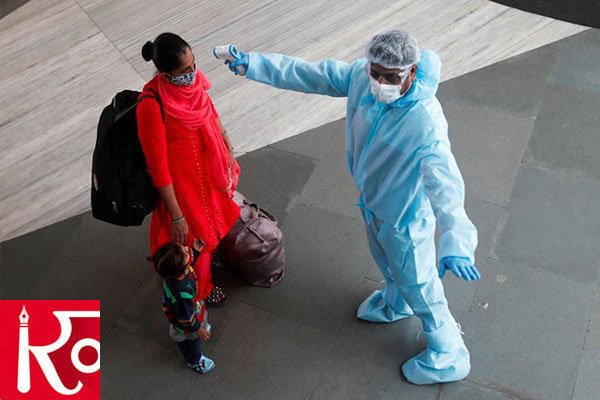 The Supreme Court on Friday warned action against states for a clampdown on information or citizens sharing grievances on social media. "If citizens communicate their grievances on social media, we do not want clampdown on the information. We will treat this as contempt if any citizen is harassed if they want to bed or oxygen," Justice DY Chandrachud said during a hearing.

India reported more than 66 lakh coronavirus cases in April, making it the worst month of the pandemic, and the total number of new cases recorded during the month is equivalent to what was earlier witnessed in over six months, showing the enormity of the second wave of COVID-19.

The third phase of vaccination for those in the age group of 18-44 years started today even as several states - Delhi, Maharashtra, Tamil Nadu, Bengal, Kerala, Rajasthan, Madhya Pradesh - have said they're running low on stocks. The government, however, has countered them saying 1 crore doses are still available with the states.

Prime Minister Narendra Modi on Friday held a meeting with the council of ministers. "Discussed the various steps being undertaken including coordination with the states, augmenting medical capacities and boosting oxygen availability," the Prime Minister said after the meeting.

The United States and Australia have restricted travel from India amid the Covid surge. Australia has even warned of a five-year jail term for those defying the new rule.

The government on Friday granted emergency financial powers to the armed forces to augment their efforts in the battle against COVID-19. These new powers will help them operate facilities, procure equipment and resources, and perform any required urgent tasks.

India's coronavirus cases may peak next week between May 3 and 5, according to a mathematical model of a team of scientists advising the government, news agency Reuters reported. "We believe that by next week, the daily new cases nationwide would have peaked," M Vidyasagar, head of a government-appointed group of scientists modeling the trajectory of infections.

Several nations, including the United States, the United Kingdom, China, Japan, have pledged sustained support to India as hospitals in the country scramble for resources. The country received the first batch of Covid supplies from the US on Friday.

Bengal announced a partial lockdown on Friday after critics attributed the surge in cases to election rallies. The state voted in a record eight-phased polls to elect the next government. Results will be out tomorrow.

Many experts have attributed the spike in cases to the mega Kumbh Mela that ended Friday. Over 70 lakh people took part in the religious festival, government data has shown.