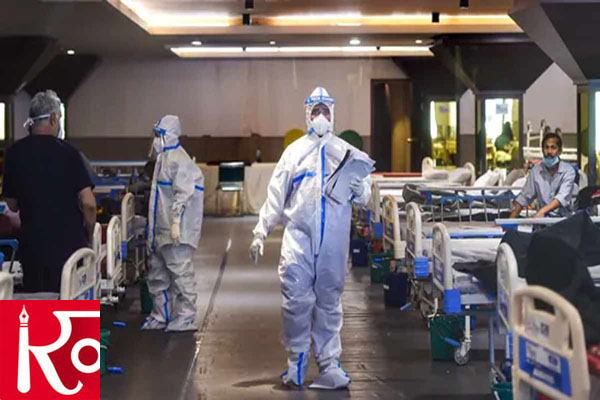 India has been recording over three lakh cases every day for over a week now. More than 2 lakh cases are being recorded since April 15. The shortage of hospital beds, medical oxygen, and crucial anti-viral drugs has added to the crisis.

All adults can get Covid shots from Saturday as the government widens the vaccine drive to fight the virus. On Wednesday, over 1.3 crore people applied for vaccination on Cowin, the government's registration website; a few glitches were reported initially.

The US, UK, Russia, and China are sending help to India amid the crisis. In a tweet, US Secretary of Defense Lloyd J Austin III, said, "We're committed to using every resource at our disposal, within our authority, to support India's frontline healthcare workers."


HOW ARE DIFFERENT COUNTRIES HELPING?

The US is sending supplies worth more than $100 million to India, the White House said in a statement on Wednesday, according to news agency Reuters. The supplies include 1,000 oxygen cylinders, 15 million N95 masks, and 1 million rapid diagnostic tests

China's Ambassador to India Sun Weidong on Wednesday said in a tweet: "Chinese medical suppliers are working overtime on orders from India, at least 25,000 orders for oxygen concentrators in recent days. Cargo planes are under the plan for medical supplies. Chinese customs will facilitate the relevant process."

Karnataka and Bengal on Wednesday recorded the biggest surge in Covid cases since the start of the pandemic. More than 39,000 cases were recorded by Karnataka while Bengal saw a record single-day surge of 17,207 cases. Today, voting is being held for 35 seats of Bengal in the eighth and final round of state elections.

Maharashtra, which is the worst-hit state in the country, reported a record 985 Covid deaths. The state also reported 63,309 new cases - a five percent drop from yesterday - to take its active caseload to over 6.73 lakh. Experts have said the state may see a third wave if the pace of vaccination slows.

Kerala recorded more than 35,000 new Covid cases while Uttar Pradesh recorded over 29,000 cases. Even as Delhi remains under a curfew for the second consecutive week, the city recorded 25,986 cases.

The 'B.1.617' strain of coronavirus or the double mutant first identified in India has been found in at least 17 countries, the WHO has said, adding that studies have highlighted that the spread of the second wave has been much faster than the first in India.