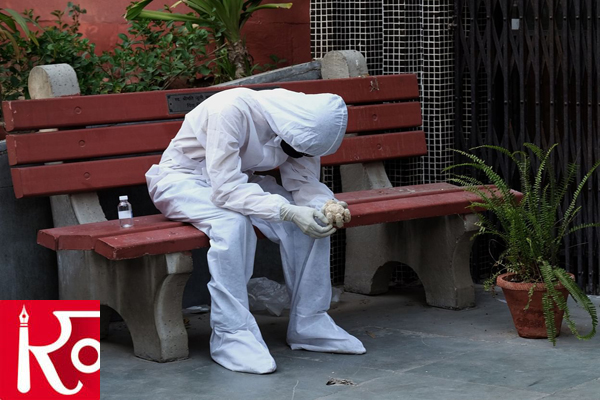 India has reported more than 3,00,000 daily cases for the last three weeks, overwhelming its health system. The alarming rise in Covid cases has led to demand for vaccines.

The government has increased the gap between the first and second doses of the Covishield vaccine to 12-16 weeks - from the existing 6-8 weeks. This is for the second time in three months that Covishield dosage intervals have been widened.

Though the move has invited criticism, medical experts like White House chief medical adviser Dr. Anthony Fauci have called it a "reasonable approach". "When you are in a very difficult situation, the way you are in India, you have to try and figure out ways to get as many people vaccinated as quickly as you can, so I believe that it is a reasonable approach to do," Dr. Fauci told news agency ANI on Thursday.

Amid the shortage of vaccines, states like Andhra Pradesh, Delhi, and Karnataka have called for global tenders for procuring COVID-19 vaccines.

The central government and Hyderabad-based Bharat Biotech have expressed willingness to invite other companies which want to produce Covaxin to help scale up its production, according to a top government advisor. "Companies that want to manufacture Covaxin, should do it together. The center will assist so that capacity is increased," NITI Aayog member Dr. VK Paul said.

On Thursday, former Uttarakhand chief minister Trivendra Singh Rawat was shredded on social media after he said that coronavirus is a living organism that has a right to live. "Seen from a philosophical angle, coronavirus is also a living organism. It has the right to live like the rest of us. But we (humans) think ourselves to be the most intelligent and are out to eliminate it. So it is constantly mutating itself," he told a private news channel.

The "human catastrophe" unfolding in India and Nepal is a warning and governments across South Asia should immediately address healthcare shortages and strengthen their systems to respond to the rapid surge of COVID-19 cases, Amnesty International said on Thursday.