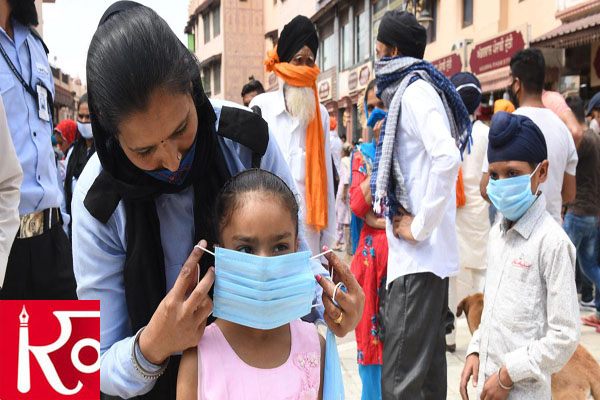 With 2,84,601 patients recovered during the last 24 hours, a total of 2,51,78,011 recoveries reported across the country so far. The recovery rate has now increased to 90.80 percent. The weekly positivity rate is currently at 9.84 percent, daily at 8.36%, less than 10% for 5 consecutive days, the Union Health Ministry said today.

The government on Friday reiterated that it aims to vaccinate the entire country by the end of this year. "The Health Ministry has given a blueprint. 108 crore people - with 216 crore doses - will be vaccinated by December," Union Minister Prakash Javadekar said in a televised briefing amid attacks from the Congress's Rahul Gandhi.

Foreign Minister S Jaishankar is in the United States and he said the pandemic and vaccines are an important part of the discussion with top officials of the Joe Biden administration. US Secretary of State Antony Blinken said India was there was for the US in the early days of COVID-19, something which the country "will never forget".

The government is looking for import of vaccines for "swift vaccination of the entire population," the Health Ministry stressed yet again on Friday evening in a tweet.
Over 28 lakh vaccines were administered on Friday, the government said, adding that 20.86 crore doses have been administered thus far. "Production of Covaxin vaccine will hit six crores by July/August under Atmanirbhar Bharat 3.0 Mission COVID Suraksha. Almost 90 Lakh doses (are) committed for the month of June," an official statement read.

After the second wave hit India, the "terrible" surge in Covid cases led to a shortfall of 190 million doses, according to a joint statement by the WHO, UNICEF, GAVI, and CEPI.
Delhi Chief Minister Arvind Kejriwal has said his government will start unlocking the city gradually from Monday. The national capital has been under a lockdown since April 19 as it saw an unprecedented surge in Covid cases and health infrastructure buckled under the pressure of an increase in the number of patients.

Maharashtra Chief Minister Uddhav Thackeray has said his government will extend the lockdown-like restrictions after June and ease the curbs in a phased manner. The state has the country's highest caseload but Mumbai, among other cities, has now been witnessing a drop in positivity rate.

After the United States, the European Union has also cleared Pfizer shots for 12-15-year-olds.The WHO's European director warned Friday that the Covid-19 pandemic won't end until at least 70 percent of people are vaccinated, and criticized Europe's vaccine rollout as "too slow". "The pandemic will be over once we reach 70 percent minimum coverage in vaccination," the regional director said.