हिन्दी / English
Home » English » Picture News » India Gets Help From Allies, No Sign Of COVID Cases Slowing Down Yet
1 of 1

India Gets Help From Allies, No Sign Of COVID Cases Slowing Down Yet 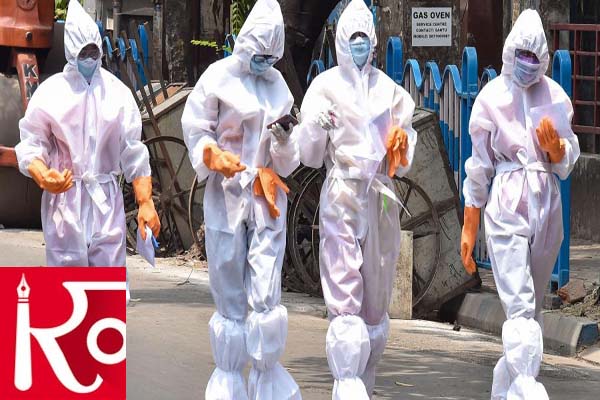 As India fights a devastating second wave of Covid-19 that is killing thousands each day, international efforts to help tackle the crisis are hastening, with both Britain and the United States pledging aid and much-needed medical supplies.

The second wave, which began in March, has escalated rapidly, with India recording more than a million new cases in just three days. For the past two weeks, medical facilities have been running out of oxygen and ICU beds, with patients left outside hospitals waiting for care.On Monday, India reported 352,991 new cases and 2,812 virus-related deaths, marking the world's highest daily caseload for the fifth straight day.

The situation is particularly dire in the capital New Delhi, which is under lockdown until May 3. The city is facing severe oxygen shortages. Delhi does not produce its oxygen and relies on resources supplied by the central government, according to Delhi's Chief Minister Arvind Kejriwal.

In a tweet Sunday, Prime Minister Narendra Modi said his administration will set up 551 oxygen generation plants "in every district to ensure adequate oxygen availability."
The central government has come under fierce criticism within the country for its handling of the outbreak, which has seen overwhelmed hospitals and residents post pleas on social media for more supplies from state and federal officials. Many have turned to the black market in a desperate attempt to save their loved ones.

Modi only addressed the nation on the crisis for the first time last week, having held political rallies and largely downplayed the second wave's urgency in the weeks before.
During his monthly radio program on Sunday, Modi said he had held meetings with experts from the pharmaceutical industry, vaccine makers, and oxygen producers on how to tackle the second wave.

"I'm speaking to you at a time when Covid-19 is testing our patience and capacity to bear the pain. Many of our loved ones have left us in an untimely way," he said on the radio program. "After successfully tackling the first wave, the nation's morale was high, it was confident. But this storm has shaken the nation."

With heart-wrenching images from India and climbing death tolls making global headlines, countries around the world have stepped up to offer critical aid.
The Biden administration and the US Defense Department will deploy supplies and support to India, including sending ventilators, PPE, rapid diagnostic test kits, and therapeutics, according to the White House and senior officials.

"The United States also is pursuing options to provide oxygen generation and related supplies on an urgent basis," according to a readout of a call between the two countries' national security advisers.

Earlier this year, the US placed a temporary ban on exporting raw materials critical for vaccine production. This controversial decision meant vaccine makers around the world, including the Serum Institute of India (SII), faced a shortage of materials to make Covid-19 vaccines and were forced to look elsewhere. The ban has faced increasing criticism, with some characterizing it as resource hoarding as India's second wave accelerated -- especially given the US' improving situation and effective vaccination program.

Adar Poonawalla, CEO of SII, appealed directly to US President Joe Biden on April 16 as the national crisis deepened. "If we are to truly unite in beating this virus, on behalf of the vaccine industry outside the US, I humbly request you to lift the embargo of raw material exports out of the US so that vaccine production can ramp up," Poonawalla tweeted.

On Sunday, the White House announced it would partially lift the ban, and identify "specific raw material urgently required for Indian manufacture of the Covishield vaccine that will immediately be made available for India."

However, the announcement did not mention sharing AstraZeneca vaccine doses, of which the US has tens of millions stockpiled. The doses, which have not been authorized by the US Food and Drug Administration, have gone unused, except a few million shots sent to Canada and Mexico. On Sunday, Dr. Anthony Fauci, director of the National Institute of Allergy and Infectious Diseases, said sending excess vaccines to India was "on the table," though he offered no timetable or plan for such a move.

He also warned that although the US appears to be on the path toward recovery, with daily cases holding steady and vaccinations on the rise, the virus is a global problem.

"That's the reason why we and other rich countries have to exert what I think is a moral responsibility to help the rest of the world get this under control," Fauci said. "A year from now we'll be in really much better shape than we are now, but there'll be other countries that won't be. The quicker we get the rest of the world protected, the more secure will our protection be."The United Kingdom is also sending 600 pieces of medical equipment to India, including oxygen concentrators and ventilators, the government announced Sunday. The aid follows a direct request by Modi to the UK.

The first shipment is expected to arrive in Delhi on Tuesday.

India is also importing 23 mobile generation plants and containers from Germany, which will be airlifted and arrive in India within a week. The supplies will be deployed to military hospitals treating Covid-19 patients, said India's defense ministry on Friday.

Neighboring Pakistan announced it would provide "relief support" in a "gesture of solidarity," according to a statement from the country's ministry of foreign affairs.The two nuclear-armed states have a long and hostile history, and tensions have risen considerably in the past year. Pakistan is offering to send ventilators, PPE, and other medical assistance.

"I want to express our solidarity with the people of India as they battle a dangerous wave of Covid-19," said Pakistan Prime Minister Imran Khan in a statement posted Saturday. "Our prayers for a speedy recovery go to all those suffering from the pandemic," said Khan. "We must fight this global challenge confronting humanity together."

Tech giants Microsoft and Google have also offered support to India, including funding for medical supplies such as oxygen concentration devices.