Heavy Traffic On COWIN Site, Server Crashes As Many People Try To Register 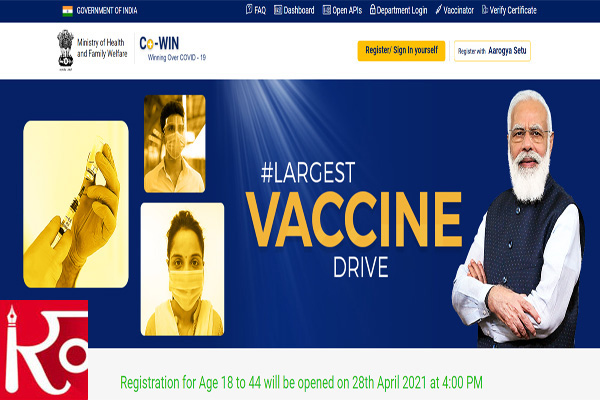 Less than an hour after registrations opened at 4 pm, however, it was informed that a minor glitch in the portal had been fixed.
Due to heavy traffic, the government portal is facing issues. The users are unable to register themselves for the COVID vaccination.
"More than 1 crore people are trying to register that is why the server is facing issues," says Cowin app chief RS Sharma.

As of now, the page is loading fine but the users are getting delayed OTPs due to which they are not able to log in. This is due to the heavy traffic that the website is facing as the demand for these vaccines is high. Reacting to the server issue, Aarogya Setu handle tweeted:
"Cowin Portal is working. There was a minor glitch at 4 PM that was fixed. 18 plus can register."

The vaccinations themselves will begin on Saturday.

In January 2021, India began the largest vaccination drive in the world, inoculating healthcare, sanitation, and other frontline workers in the first phase. The second phase included those aged above 45 and those with co-morbidities. The third one, meant for all adults, came amid the resurgence of the pandemic that saw a stunning number of people getting affected. This also coincided with a severe shortage of medical resources.

India's daily Covid deaths hit a new peak today at 3,293 in the past 24 hours. New cases rose by over 3.6 lakh, a global high, pushing the total cases to over 1.79 crores. The crisis has left India grappling for oxygen and medicines.

india has used Serum Institute's Covishield and Bharat Biotech's Covaxin to inoculate people till now. On April 13, as the second wave began to wreak devastation, the center fast-tracked the approvals for vaccines used in other parts of the world.