Have you spotted Indian Designer's outfit in Emily In Paris? 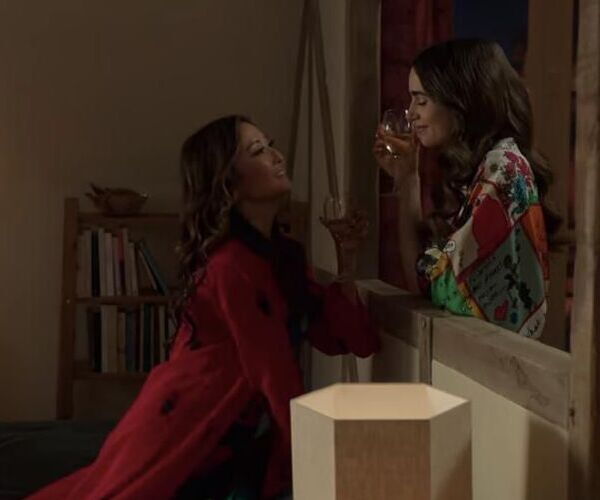 The second season of Emily in Paris has released on Netflix recently. The show has a huge fan base following around the globe and made both seasons a blast. The show is a ten-episode per season series that shows all the ups and downs Emily went through while working in her dream city, Paris. Through working in Paris, Emily finds home in her friend Mindy Chen (played by Ashley Park).
While the series has its viewers, Indian designer Masaba Gupta's Red Tribal Mask Maxi Jacket has worn by Ashley Park (Played as Mindy Chen). The actress styled it by pairing the long red jacket with printed yoga pants and keeping her hair loose to opt for a casual vibe.
Meanwhile, House of Masaba has also launched the new Autumn-Winter 2021 Collection, which is already a hit in the market.