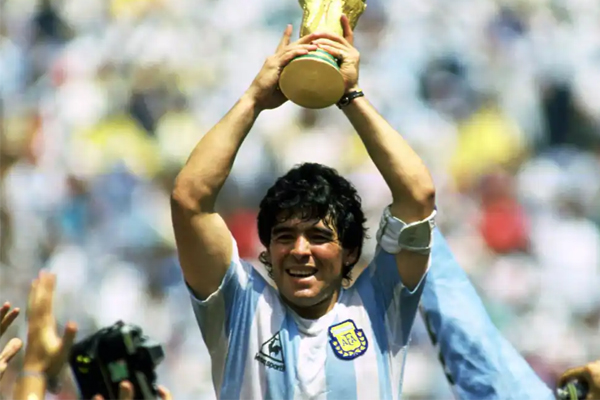 He was a gifted football player who terrorised opposition defence but off the field, Maradona battled drug addiction. 8 years after the World Cup glory with Argentina, Maradona was kicked out of the 1994 World Cup due to drug use.

Years of drug use, overeating and alcoholism truncated a stellar career and altered his appearance from a lithe athlete who could slalom effortlessly through teams to a bloated addict who nearly died of cocaine-induced heart failure in 2000.

Hospitalised and near death in 2000 and again in 2004 for heart problems blamed on cocaine, he later said he overcame the drug problem. But more health problems followed, despite 2005 gastric bypass surgery that greatly trimmed his weight. Maradona was hospitalised in early 2007 for acute hepatitis that his doctor blamed on excessive drinking and eating. He made an unlikely return to the national team in 2008 when he was appointed Argentina’s coach, but after a quarter-final exit at the 2010 World Cup in South Africa, he was ousted.