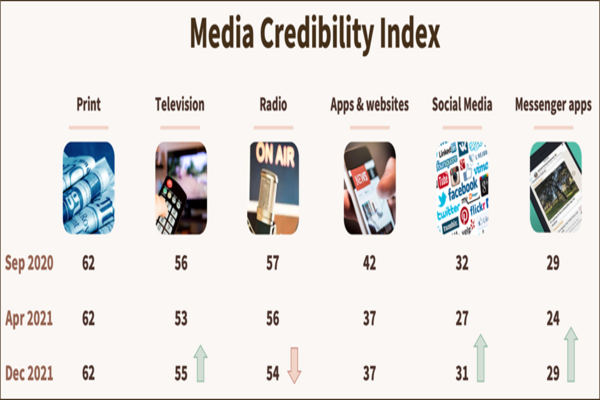 Media consulting firm Ormax Media today announced the launch of the third round of its report titled Fact Or Fake?. The report measures the credibility of various news media, as well as the perception around fake news, through a survey of 2,000 news consumers across 15 states in India. The first edition of the report was released in September 2020, followed by the second edition in April 2021.
According to the third edition, 64% Indian news consumers see fake news as a major concern. The News Credibility Index is unchanged since last track (65%), highlighting that fake news continues to be a huge concern amongst Indian news consumers.
Print media continues to lead, with a Credibility Index of 62%, followed by Television (55%) and Radio (54%). Traditional media have higher news credibility than digital media, though most digital media have seen a marginal improvement in their credibility in this track.