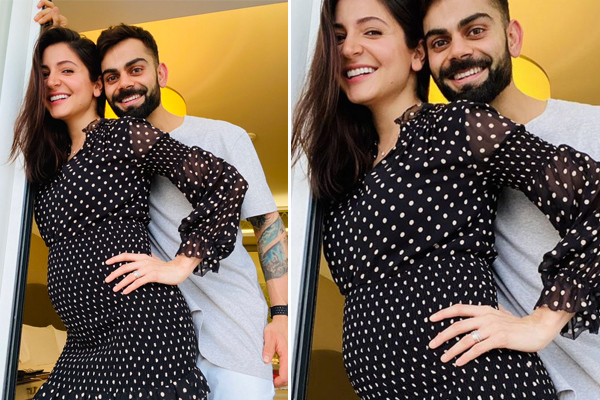 Anushka Sharma and Virat Kohli announced on Thursday that they are expecting their first child together. The couple is expecting its first child in January 2021. Anushka announced the news of her pregnancy in an Instagram post, in which she is seen flaunting her baby bump as she stands next to Virat. “And then, we were three! Arriving Jan 2021,” she wrote. Flaunting her baby bump, Anushka Sharma looked stunning in a black and white polka dot dress as she posed with her cricketer husband.