All Foreign Made Vaccines Will Be Allowed In India Says Government 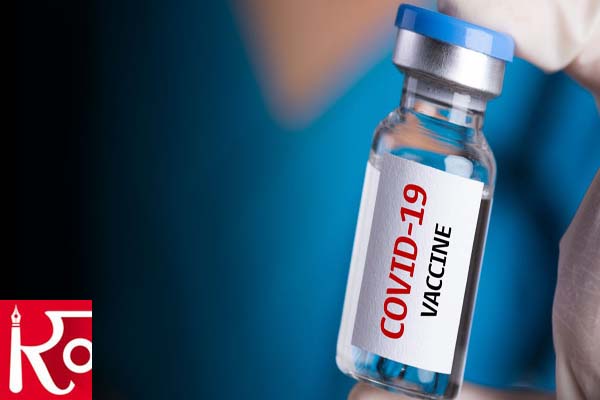 To expand the basket of COVID-19 vaccines and enhance the pace of inoculation in India, the central government on Tuesday said it has fast-tracked emergency approval for foreign-produced jabs that have been granted similar clearances in other countries.

The first 100 beneficiaries of such foreign vaccines shall be assessed for seven days for safety outcomes before it is rolled out for further immunization programs within the country, the Union Health Ministry said.

The plan is to add to the basket of vaccines for domestic use and increase the pace and coverage of vaccination.
The Centre's decision came after an expert panel recommended that COVID-19 vaccines which have been developed and are being manufactured in foreign countries and which have been granted emergency approval for restricted use by authorities in the US, Europe, the UK, Japan or which are listed in the WHO Emergency Use Listing may be granted emergency use approval in India.

The expert panel also mandated the requirement of a post-approval parallel bridging clinical trial in place of conduct of the local clinical trial.

"This decision will facilitate quicker access to such foreign vaccines by India and would encourage imports including import of bulk drug material, optimal utilization of domestic fill and finish capacity, etc., which will, in turn, provide a fillip to vaccine manufacturing capacity and total vaccine availability for domestic (use)," the ministry said.

Russian-made Covid vaccine Sputnik V has already been cleared for emergency use by the Drugs Controller General of India. Limited doses of the vaccine will likely be available by the end of this month or early next month.

Five more vaccines are expected to get approval this year. The list includes Johnson and Johnson (Bio E), Zydus Cadila, Serum's Novavax, and a nasal vaccine from Bharat Biotech.

Union health minister Harsh Vardhan, however, said Maharashtra was creating panic to deflect attention from its own inability to control the infection.

Later, Prime Minister Narendra Modi made it clear that there should be no political blame game on vaccination. "I told you that you shouldn't worry a bit if the number of cases is high. Don't be under any kind of pressure that your performance is bad," he said.

The Congress has called for expediting approval and availability of vaccines already in use abroad. This topped the wishlist of party chief Sonia Gandhi, who wrote to Prime Minister Narendra Modi yesterday.

The country is also trying to step up vaccination with PM Modi's call for a four-day "Tika Utsav".

India had started the world's largest vaccination program on January 16 and so far, more than 10 crore doses have been administered.

Over the last 24 hours, the country logged 1,61,736 fresh Covid cases – slightly lower than yesterday but still above the 1.5 lakh mark for the third consecutive day, pushing the country's caseload to over 1.36 crore.