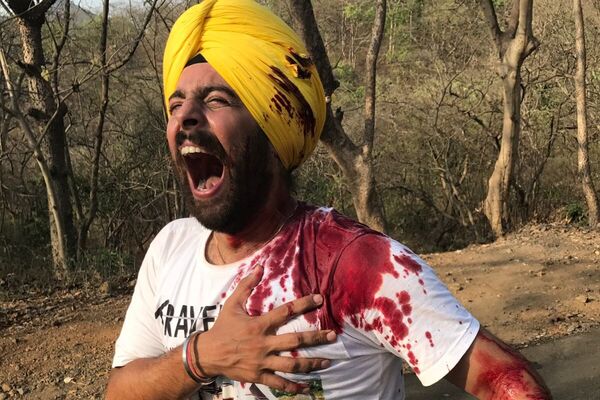 Kanwalpreet Singh offers a glimpse of his portrayal in Hai Tujhe Salaam India. He shares a heart wrenching of himself smothered in blood and shouting out in pain. Without revealing much about his character he says, It is an intense role as we have tried our level best to showcase the truth in front of our audience through our film and we hope that people will love the film and this film will be an inspiration for many who want to do things for others but that just end up thinking and executing

Hai Tujhe Salaam India, released on 26th January, 2022 on Hungamaplay. Produced by Arbaaz Bhatt, directed by Avanish Kumar. Staring- Aarya Babbar, Ajaz Khan, Smita Gondkar, Kanwalpreet Singh, Introducing Salman Bhatt.
A tribute to the soldiers, farmers and the youth of the country. A special film supported by over 500 army and navy officials. Hai tujhe salaam India is a story about the youth of India today.