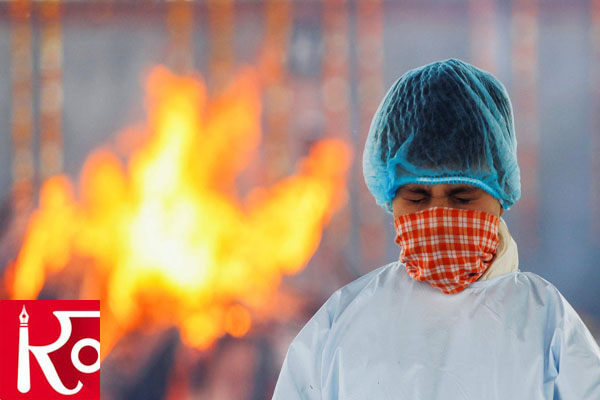 This is the seventh time since May 12 when India has registered over 4,000 daily deaths due to Covid. The country has been logging less than 3 lakh infections since Monday when the daily cases dropped below the mark for the first time since April 21.

Positivity rate is higher than 15 percent in 22 states, Health Minister Harsh Vardhan said in a tweet last evening. India's average positivity rate stood at 13.31 percent this morning. In the last 24 hours, 20,08,296 samples were tested in a new record.

The government on Tuesday said only 1.8 percent of the country's population has contracted the virus so far. "Despite the high number of cases reported so far, we have been able to contain the spread to under 2 percent of the population. We can't let our guards down, hence continued focus on containment is critical," a top official said.

Many states - scrambling to get enough doses - are still not able to step up the vaccination drive. The center, however, said over 1.94 crore doses are still available with the states. Prime Minister Narendra Modi on Tuesday assured: "Vaccination is an effective means of fight Covid and we should together remove all misgivings about it. We are making relentless efforts to increase the supply."

Serum Institute of India's Adar Poonawalla on Tuesday evening said his firm "never exported vaccines at the cost of the people of India". Stressing that all efforts are being made to ramp up production, he said India's vaccination drive can't be completed in two-three months, given the huge population.

India has witnessed the deaths of 270 doctors ever since it was hit by the second wave, the Indian Medical Association (IMA) has said. The list of the doctors who died includes former IMA president Dr. KK Aggarwal; he died on Monday.

NITI Aayog's Dr. VK Paul on Tuesday said clinical trials for the 2-18 age group will begin in the next 10-12 days. Most countries do not have a vaccine for children presently.

Hours after Delhi Chief Minister Arvind Kejriwal urged the center to stop flights from Singapore over concerns of a new strain affecting children, Singapore denied that it has any homegrown strain, adding that the variant is dominant in India. "There is no truth in the assertion that there is a new COVID strain in Singapore." its High Commission said.

Top US health expert Dr. Anthony Fauci, along with several other officials, said vaccines available in the United States are effective against the variant first detected in India.

Arvind Kejriwal on Tuesday said children whose parents died because of COVID-19 will get ₹ 2,500 per month (till they turn 25) and their education will be paid for by the Delhi government. Mr. Kejriwal also said 72 lakh people from poor families will get 10 kg of free rations this month.