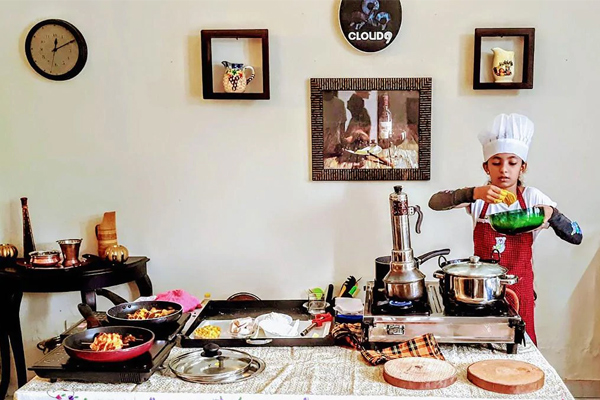 A 10-year-old girl from Kerala, Saanvi M Prajit has set a new record after she made over 30 food items in less than one hour. Ernakulam-based Saanvi prepared dishes including uttapam, fried rice and chicken roast within such a short span of time. She has been recognised by the Asia Book of Records and the India Book of Records, her family said.

Saanvi is the daughter of Wing Commander of Indian Air Force Prajit Babu and Manjima. Within an hour, Saanvi cooked 33 items such as idli, waffles, mushroom tikka, papdi chaat, pancakes, paneer tikka, egg bulls eye and sandwiches. Her family told that her records, created on August 29, have been established for the maximum number of dishes prepared by a child. Read More...