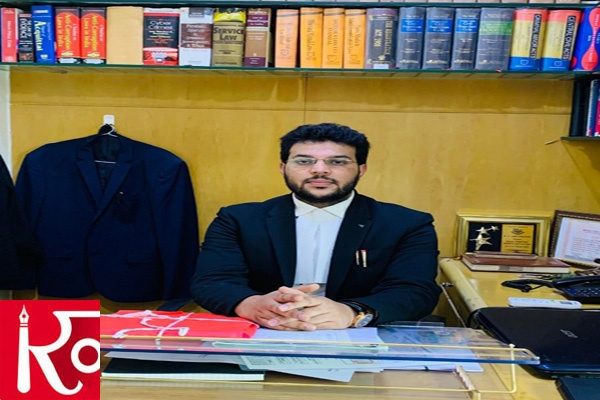 Hitesh C Soni, who came to Mumbai at the age of 26 and established his law, got featured in a Foreign-based Magazine.

Mr. Hitesh C Soni, a Mumbai-based lawyer and founder of M/s Hitesh Soni and Associates, Mumbai was recently featured in the magazine edition of Insights Success for Most Reliable Law Firm 2021.

Editors of the Magazine writes that "The dedicated legal firms of today’s age uphold the law and pay proper attention towards delivering justice towards their client. They are committed to quality and are loyal to their customers. These law firms put their clients front and center and focus on offering the best possible services. One such reliable law firm which provides lasting customer experiences, while following ethical means is none other than Hitesh Soni & Associates, Mumbai"

Insights Success whose head office is based in Dublin, U.S.A is considered as Best Magazine across the globe, having circulation is around 1 lakh.

In this issue of Insights Success  "Most Reliable Law Firm" | 2021 the editors of the magazine shed light on the most renowned and promising law firms in India, who deliver their very best.

In this, Mr. Soni discussed his journey, his visions, and his words of inspiration for the future generations of tomorrow.

Mr. Hitesh C. Soni is a counsel in Bombay High Court and the Founder & Managing Director of the firm. He was born into a business family in Mount Abu and is well-known for his transparency, efficiency, versatility, and ethical legal practice, as well as his excellent leadership skills. Mr. Soni at the very early age of 26 has established his law firm in the financial capital of India within a year of obtaining his law degree.

Mr. Soni states that he is a fortunate fellow who had dreamt of becoming a lawyer at the age of 15. By the time he was in his first year of law, being completely unknown to all the sufferings and difficulties he would eventually face, he only wished to establish his law firm in Mumbai.

While pursuing his law studies, Mr. Soni also took up a permanent part-time internship, attending courts for the entire 5 years. Subsequently, he shifted to Mumbai and established his law firm. “It was a dream come to true for me”, says Mr. Soni.

Mr. Soni believes that one can start a business with money but cannot succeed in the legal profession through financial support. He adds, “In the legal profession, whether you’re a second-generation lawyer or first-generation, you have to prove your presence, which is only possible if you have legal mind, honesty, and consistency”.

He says that things are even difficult if a person starts practicing in India’s financial capital. However, Mr. Soni’s secret to overcoming postgraduate challenges was the idea that worked for him. He believed in the idea of attaining maximum practical knowledge during law school, which was only possible with having vast and cogent knowledge.

While advising the gen-next, Mr. Soni states, “If you’re into this profession only part-time or for money, the legal profession is not for you”. He says that the legal profession tests patience and if individuals do not have one, this profession is not for them. Mr. Soni advises them to remain persistent to achieve their goals and to stay consistent to maintain their supremacy. He feels that the lawyers of the first generation now weigh a lot on their shoulders. Anyone who does not feel the pride and anticipation of the family members when they begin this long journey to become a lawyer should ask themselves if they can do it and make others proud.

Mr. Soni further adds that the lawyers of the first generation have independence. They have the freedom to ignite their way. No one else in the family has led the way, but nobody else has expected how they practice with whom, what kind of law, or when. This provides the lawyers with the freedom to practice according to their interests, their performance concept, and the style of practice they choose to follow. It is difficult to be a lawyer of the first generation. However, there is a wonderful freedom to discover and evolve.