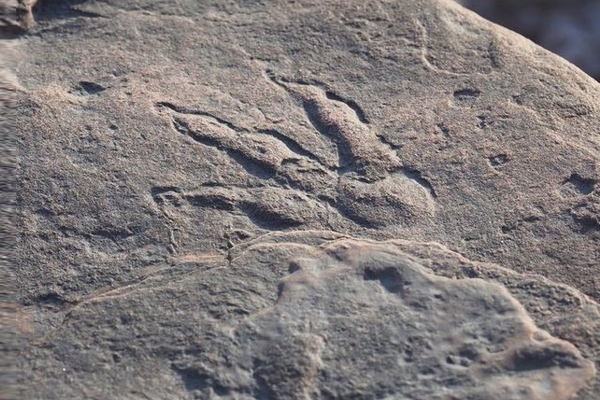 A 4 year-old girl has discovered a dinosaur footprint that is "the finest impression found in Britain in a decade" on a beach in Wales. This particular discovery by Lily Wilder could help scientists understand how dinosaurs walked since it is a 220 million-year-old footprint.

While walking along a beach near Barry in South Wales, Lily Wilder found a 10cm long dinosaur footprint that appears to be from a 75cm "slender animal", The reports, adding that the animal might have walked on its two hind feet and hunted small animals and insects. Wales Museum also shared a picture of the dinosaur footprint discovered by Lily Wilder.

As per palaeontology curator Cindy Howells of National Museum Wales, the dinosaur footprint is "the best specimen ever found on this beach". "It was Lily and Richard (her father) who discovered the footprint. Lily saw it when they were walking along and said 'daddy look'. When Richard came home and showed me the photograph, I thought it looked amazing," Lily's mother Sally Wilder said. Read More...