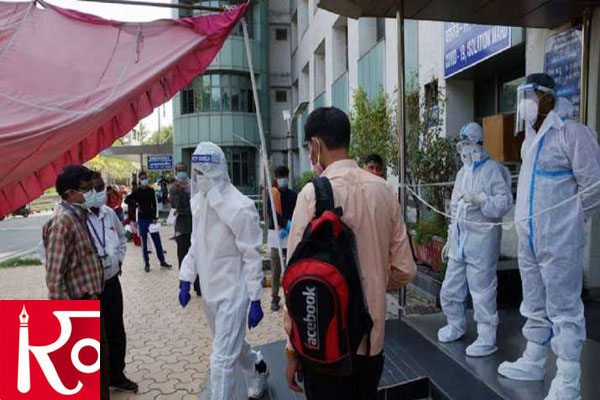 In a tragic incident Twenty-four patients died at a government hospital in Karnataka's Chamarajanagar on Sunday after the oxygen supply dropped, officials said.

"The deaths were reported after there was a fall in oxygen supply between 12 am to 2 am on Sunday," a senior official at the hospital said.

At least 144 patients are being treated at the hospital, he added.
Chief Minister BS Yediyurappa has spoken to the district collector over the incident and called an emergency Cabinet meeting for tomorrow (Tuesday). State Home Minister Basavaraja Bommai, meanwhile, has asked the DGP-IGP Praveen Sood to investigate the matter and submit a comprehensive report for further action.

Mysuru MP, Pratap Simha, said, "Last night, when media people drew my attention to the situation of oxygen shortage in Chamarajnagar district, I contacted DC Ravi and took a conference call with ADC who is in charge of oxygen. At night itself I contacted Southern Gas and they provided 15 cylinders. Before that also we had given the quota. Despite all this, this sad incident occurred. Chamarajnagar is not some faraway place. We feel it is part of us. We are part of their sorrow."

Bidar, Koppal, and Uttara Kannada were among the districts, which reported over 500 cases.Other than Bengaluru, 18 deaths were reported in Ballari, 15 in Chamarajanagar, 13 in Tumakuru, 12 in Shivamogga, 11 in Hassan, eight each in Ramanagara and Mysuru, seven each in Uttara Kannada and Kalaburagi, and six in Bidar.

Deaths were reported in other districts as well.
There were 1,58,365 tests done on Sunday including 1,45,941 using the RT PCR and other methods, taking the total tests done so far to 2.59 crore, the department added.
As of Sunday, 98 lakh inoculations were conducted in the state comprising the first and second doses of vaccine.