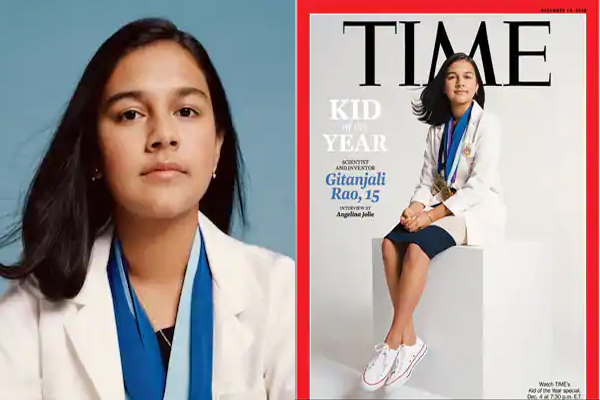 A 15-year-old Indian-American girl was named the first-ever “Kid of the Year” by Time magazine for her work using technology to combat issues ranging from contaminated drinking water to opioid addiction and cyberbullying. Gitanjali Rao was selected from a field of over 5,000 Americans and was interviewed by actor Angelina Jolie for the magazine.

"The world belongs to those who shape it. And however uncertain that world may feel at a given moment, the reassuring reality seems to be that each new generation produces more of what these kids have already achieved: positive impact, in all sizes," Time said.

"Observe, brainstorm, research, build and communicate," Ms Rao told about her process during a virtual talk with Ms Jolie from her home in Colorado. Read More...